When the line between fiction and reality bleeds, there is no end to the lies or a truth to be found.

He gives me the illusion of choice—my life or his.

I thought my choice would be the end of my troubles, but it followed me to a town known for its close-minded, small population and hypocritical way of thinking.

My madness lurks in the shadows. It watches me and seduces me with pretty smiles and dirty degradation. It assures me that my fantasies aren’t wrong. It tells me that they will star in all of my nightmares…and I want nothing more.

COURTNEY LANE has been creating her own little world since she was very young.

While many of her works touch several different genres, she has an archetype when it comes to the female protagonists in her stories — they have to have certain brand of strength, be deeply flawed, and harbor layered personalities. In her books you will find themes that reflect the darker side of life with a tremendous amount of depth and complexity. She also has an affinity for characters that aren’t necessarily the girl or boy next door, or the people you’d encounter in everyday life. In other words, she prefers to explore characters who aren’t easy to fall in love with.

Currently, Courtney can be found either working on her next book, playing the latest role-playing game on her X-Box (preferably a game by BioWare), or spending time with her family.

The Rebirth of Sin

END_OF_DOCUMENT_TOKEN_TO_BE_REPLACED

The Rebirth of Sin

END_OF_DOCUMENT_TOKEN_TO_BE_REPLACED

Excerpt
I let her rest as I take off my clothes. Once I’ve discarded my shirt and pants, I take the liberty of removing her underwear. What little is left of the stretched out, saturated material. “Don’t get comfortable. We’re not done yet.” I pull her up by the hand.
“I never said anything about being done.” She peers up at me. Round two is right around the corner.
“I missed that mouth.” I run my thumb along her bottom lip. “What else did you miss?” She flutters her eyelashes.
“Your eyes.” Tara looks up at me surprised. Not the answer she was expecting?
“I missed your laugh,” she tells me timidly. “And the way you used to make me laugh.”
“Can I tell you a secret?” I ask, holding her chin. Tara nods. “I missed that, too. The most. I promise while I’m here, I’ll make you laugh as much as I make you come.”
“That sounds good to me.” I pull her to her feet and kiss her crazily. Running my hands through her hair until it’s a mess and our bodies are as close as they can possibly be.
“Go lean on the windowsill,” I tell her headily. Along the entire length of the windows in the bedroom is a ledge about a foot and a half deep. “Leave the boots on.”
Tara smiles puckishly. “You like?”
I grab the top part of the black boot that reaches halfway up her thigh. “I love. And I’m going to love them even more when I’m fucking you in them.” I tug roughly, kissing her. “Go.”
Check out the entire Decadence After Dark Series

ABC: Hi M! Thank you for stopping by Alpha Book Club during your release celebration


of “Lie With Me” – Book 4 In The Decadence After Dark Series.


This series is just over a year old with Owned being published _October_ 2014, then


closely followed by Claimed in March, Ruined in June and Now Lie With Me.  Tell us how


you to write about the world of dark erotica?


M.Never:”Passion and love for these characters drives me. I want to spend as much time with


them as the reader does. Writing quickly is a win/win for both of us!”


ABC: Do you ever get writer’s block or have trouble telling one of your characters


M.N.: Yes. And when that happens I just step back and give it a few days to pass. Sometimes
during those periods I use the time to line up release schedules and future projects. I’m always


thinking months into the future.


ABC: We know you love to write and according to your bio kickboxing and sushi, tell us


something you enjoy doing that nobody knows?


M.N: I love yoga as well. I try to do it every morning even if it’s for ten minutes. It’s my Jett side.


ABC: You have to have a supportive spouse since you are clearly an Alpha Female.


Does he ever get to help you research the bedroom scenes?


M.N.: Lmao….maybe. I can definitely tell you that I use real life to inspire me…. I’ll leave it at


ABC: For people who know you in real life and know you write dark erotica, what has


been the scene out of all 4 books that has shocked them the most?!


ABC: What do you think readers are going to love and hate about Lie With Me?


M.N.: “I think they’re going to love CJ and just how fun and playful he is. I think the plot twists


are going to test the readers, but I really hope they don’t hate any of it!!”


ABC: Finally, Jett. When can we expect Jett? Spring, Summer, Fall?  Do you think there


will be more to the series after you write Jett’s story??


right now, the series will end with his story.”


ABC: Okay, thank you so much for stopping by and answering our questions.  I know


who simply want Jett, and more Kayne and Ellie! So I am going to give them this news,


and you go have a big glass of wine and a bubble bath you deserve a break! (Just not too


long of a break please, we want Jett’s story)

Author Bio
M. NEVER RESIDES IN New York City. When she’s not researching ways to tie up her characters in compromising positions, you can usually find her at the gym kicking the crap out of a punching bag, or eating at some new trendy restaurant.
She has a dependence on sushi and a fetish for boots. Fall is her favorite season.
She is surrounded by family and friends she wouldn’t trade for the world and is a little in love with her readers. The more the merrier. So make sure to say hi!
Author Stalk Links
Facebook
Instagram
Twitter
Pinterest
Tumblr
Goodreads
Goodreads Book Group
Facebook Group
Website
Amazon Author Page 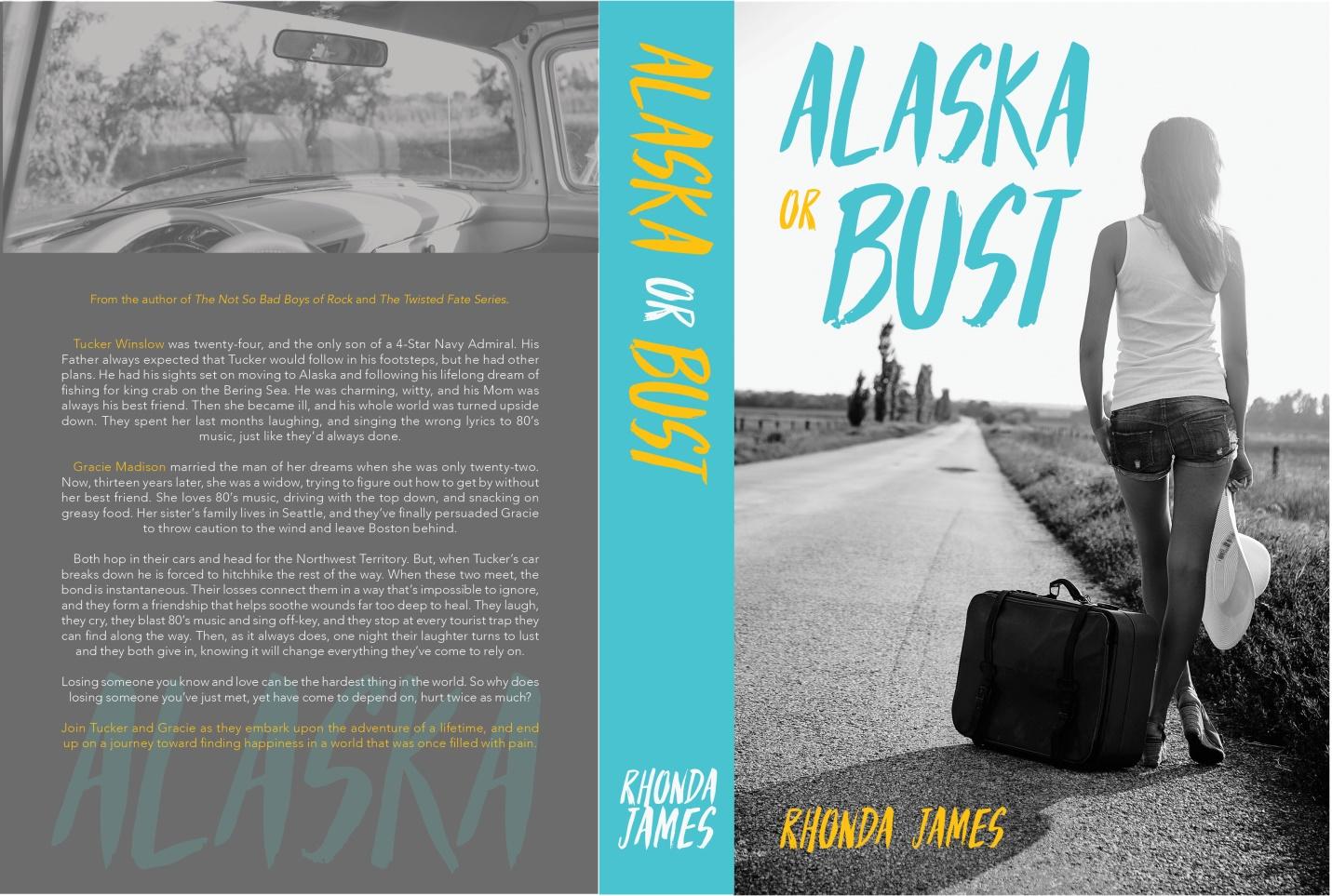 Blurb
Tucker Winslow was twenty-four, and the only son of a 4-Star Navy Admiral. His Father always expected that Tucker would follow in his footsteps, but he had other plans. He had his sights set on moving to Alaska and following his lifelong dream of fishing for king crab on the Bering Sea. He was charming, witty, and his Mom was always his best friend. Then she became ill, and his whole world was turned upside down. They spent her last month’s laughing, and singing the wrong lyrics to 80’s music, just like they’d always done.
Gracie Madison married the man of her dreams when she was only twenty-two. Now, thirteen years later, she was a widow, trying to figure out how to get by without her best friend. She loves 80’s music, driving with the top down, and snacking on greasy food. Her sister’s family lives in Seattle, and they’ve finally persuaded Gracie to throw caution to the wind and leave Boston behind.
Both hop in their cars and head for the Northwest Territory. But, when Tucker’s car breaks down he is forced to hitch-hike the rest of the way. When these two meet, the bond is instantaneous. Their losses connect them in a way that’s impossible to ignore, and they form a friendship that helps soothe wounds that go far too deep to heal. They laugh, they cry, they blast 80’s music and sing off-key, and they stop at every tourist trap they can find along the way. Then, as it always does, one night their laughter turns to lust and they both give in, knowing it will change everything they’ve come to rely on.
Losing someone you know and love can be the hardest thing in the world. So why does losing someone you’ve just met, yet have come to depend on, hurt twice as much?
Join Tucker and Gracie as they embark upon the adventure of a lifetime, and end up on a journey toward finding happiness in a world that was once filled with pain.

Excerpt
“How did you know this song always makes me happy?”  She turned to me and flashed the most breathtaking smile I’d seen her produce.  She really was quite striking.  There was something about her eyes that always seemed to lure me in.  There was an innocence to her, yet I could tell there was  a wildcat lurking just beneath the surface.  Since we were going to be together for the next week, I was going to make it my mission to bring that cat out of hiding.  Yep, by the time we reached Seattle, I had every intention of showing Gracie Madison just how much fun it could be to cut loose and remember how to have fun.  Hell, God knows we both could use a little taste of it.
“No one can resist Rebel Yell.  Remember the video?”  I did my best Billy Idol impression, complete with lip curl and growl, and that made her laugh.  She had a beautiful rich laugh.  I vowed then and there to make her laugh more often.  After all, this trip was about chasing our dreams and finding our happy place.  Right now listening to her laugh as she sang along with Billy, I felt pretty damn happy.
“More, more, more.  Owwww!”  Her little fist pumped into the air as if to punctuate each word.
“You ever call that out? During sex, I mean.” I asked casually, not expecting her to answer, but still hoping to make her blush.  I’ll admit I was surprised when, rather than getting all flustered like she usually did, she actually answered.
“You mean beg for more?”  She stole a quick glance in my direction and I gave a single nod.  “Oh yeah,” her voice went really husky, and I could tell she was playing along, “all the time.”  She flashed me a sexy wink, then threw my question right back at me.  “What about you, stud? You ever beg the girls for more?”
“Only when they’re doin’ it right, sweetheart.”  I chuckled softly, enjoying the fact that I could still make out the flush on her cheeks, despite it being dark outside.  My eye caught the sight of flashing blue and red lights in my side mirror.  I twisted in my seat, seeing that the cop was not far behind us, then cast my eyes toward the speedometer.  Fifteen over.  Shit.  This did not look good.  “Um, Gracie, you planning on stopping anytime soon?” 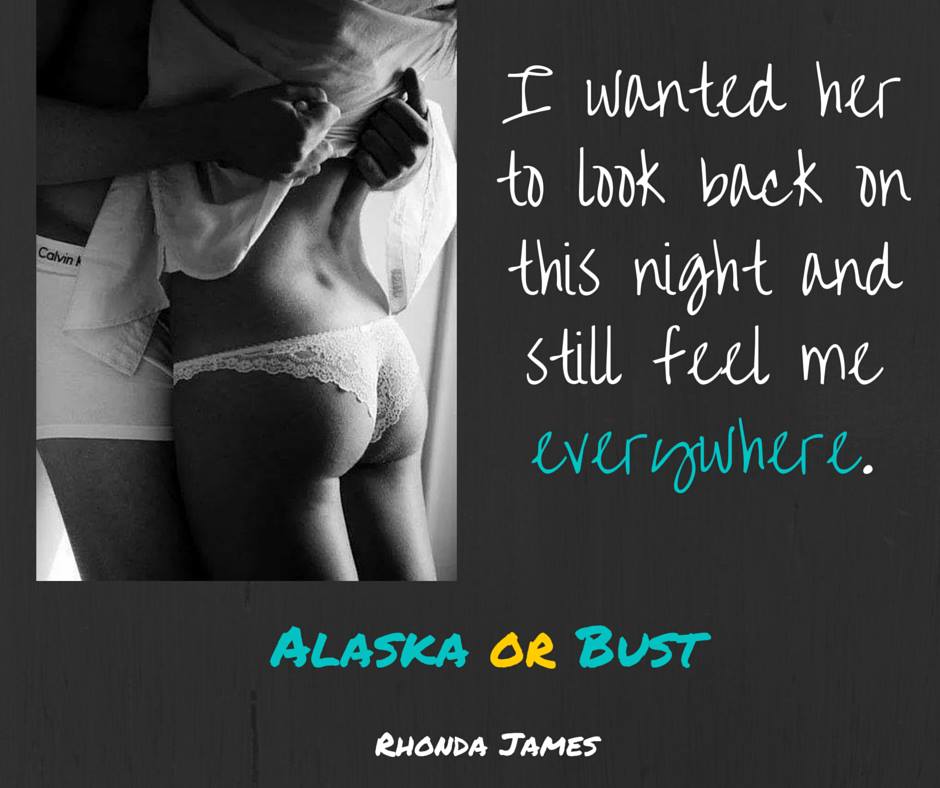 Author Bio
Rhonda James is an Amazon best-selling romance author who strives to create a book boyfriend for all her readers.  Rhonda is married and lives in Michigan with her family. In her spare time you can find her talking to readers, cooking some new creation in her kitchen, or just spending time with her family.
Some of her guilty pleasures are mastering such things as Twitter and indulging in chocolate, she may do one more than the other.
Come find her on her social networks and don’t be afraid to say Hi!
Author Stalking Links
Facebook
Twitter
Amazon Author Page
Goodreads
Hosted by