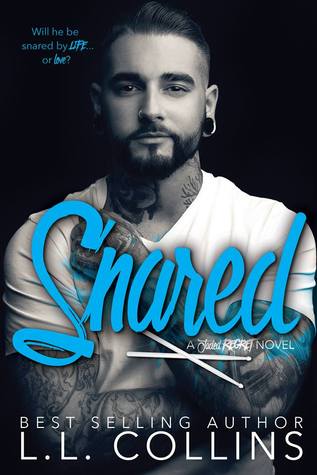 BEAU has never known a good life, only the torment that lives inside his head every day. The only way to block out the darkness that shrouds him is through the rhythmic beat of his drums. Knowing what happens when he opens up to anyone, Beau buries his pain deep inside, keeping it all to himself.

APRIL has lived a life of wealth and privilege, full of love and support. Her only insight into what it’s like to have a rough life is through her work with foster children. When she meets Beau, it starts as a challenge to get through to him but quickly turns into much more than either of them bargained for.

TOGETHER, they are mismatched, ill-fated, and COMBUSTIBLE. But when their connection is challenged by the collision of past, present, and future, will they be snared by love…or circumstances?

I perched on the chair next to him. He started tapping on his legs again, and I moved my hands so they were over his. He immediately stopped. “Show me.” His hands were still for a few beats too long, and I figured he wasn’t going to do it. I was about to move when he put the drumsticks in my hands and began moving, tapping a rapid beat I’d never remember.

I turned my head so I could watch his face as he played my hands with his drumsticks. With my face so close to his, I was able to study the tattoos on his neck, the short dark hair on his beard, his nose ring, and his incredible eyes. They were so dark they looked black, but they were the one part of him that showed expression.

His hands stilled as he realized how close I was to his face. Beau slightly turned my way. My hands were still under his, clutching his drumsticks like they were the last lifeline I had. They just might’ve been. My eyes scanned his flawless face. He had the most beautiful skin, and I wanted to touch him again. My eyes flitted to his lips. God, what it would be like to press my lips to his, I could only imagine.

“Did you…keep your drumsticks?” I felt his warm breath against my lips, and I shuddered. Tingles spread from my spine down to my toes and back again, making goose bumps break out on my skin. I wanted nothing more than to grab him and show him exactly why he should want to get to know me better.

I licked my dry lips and nodded my head. “O-of course. I told you I’d save them forever.”

He nodded. His thumbs caressed my hands and I froze, wondering if he knew what he was doing and afraid if I moved he would realize it and stop.

“You’re so handsome.” My legs shook as adrenaline coursed through my body. “There’s nothing better than seeing you doing what you love.”

Beau’s eyes searched mine as if trying to read into what I said. Of course, he didn’t believe me. Why would he? I knew from experience kids who had been abandoned never quite got over the belief that nothing they did was good enough or would bring back the people they loved. He was no different.

But I had to keep my mouth shut because that’s what had gotten me into trouble before with him.

I wanted nothing more than to kiss Beau, to show him with my mouth what I couldn’t say in words. But I was terrified of what his reaction would be, and after the stress I’d been under over Robbie, I didn’t think my fragile psyche could handle one more thing.

One of Beau’s hands moved, and I knew the moment was over. He’d want me to get away from him now. But instead, I felt his hand touch the side of my face like I’d done to him on the rooftop deck.

“You…” Beau cleared his throat. I could physically see how hard this was for him to do. “April.” It came out a strained whisper, like it physically pained him to say my name. I didn’t want him to hurt because of me.

He shook his head, moving his hand and entwining our fingers together. Then he shocked the hell out of me and kissed my palm, his eyes never leaving mine. “You…smell incredible,” he whispered against my skin. “You’re…beautiful. So beautiful.” If I hadn’t been listening to every syllable like they were the last sounds I’d ever hear, I might’ve missed what he said.

But I’d heard every damn one of them.

Beau stood, his fingers still linked with mine. He leaned over and brushed his lips against my cheek, stopping at my ear. “Stay after the show.” He dropped my hand and stepped around me, but I was frozen in place. Desire pulsed through my body like nothing I’d ever experienced before, and the biggest smile broke across my face.

Beau Anderson had kissed my hand. And my cheek. He’d asked me to stay after the show.

I thought my head just might explode right off my body.

LL has been writing since she was old enough to write. Always a story in her head, she finally decided to let the characters out and start writing and try to make her lifelong dreams of becoming an author come true. She has been a teacher for over ten years and lives in Florida with her husband and two sons.