Matthew Drafted first round pick when I was seventeen, playing first line at eighteen, branded NHL’s bad boy at nineteen. At twenty-three I was cut from the team and living back home with my parents. A knock on the door brought an opportunity I couldn’t turn down. All I had to do was prove I learned from my mistakes, so no way would I fall for a chick with a pouty mouth even if I wanted to spend all day devouring it.Karrie When my father gave me a job, I had no idea it would be to babysit some washed up NHL player. He wanted me to be his chaperone, his overpaid babysitter. I thought it was a joke. Then I met him, Matthew Grant. I wasn’t prepared for this particular bad boy. He’s not only hot but he’s arrogant and kinda sweet in a ‘you make me crazy’ kind of way. Basically now that he’s finished screwing up his life, he’s decided to turn mine upside down.She’s the first thing I’ve ever wanted more than hockey.He’s the guy I know I should stay away from.But what if this thing that started out so wrong turns into something so perfect?

“Okay,” Robert starts, “we have your contract here. It’s a one-year contract for two point one million, as per your agent.” He smiles at me because I don’t have an agent. I have Cooper. “We also have the stipulation clause. I know last time you weren’t happy with some of them, but it’s the only way we can both win.” He opens the folder in front of him. “You will be living in a brownstone in Brooklyn.” The page flips over while he continues to read. “Your chaperone will live with you.” He looks up, waiting to see if I’ll say something, and I almost say fuck off. “It’s a three-story brownstone. You each have your own floor to do as you please.”I nod at him. It isn’t as bad as I thought and maybe me and my roommate will be each other’s wing man. “Your chaperone will be at your side each time you go out. Especially, game day and traveling. Of course you will each have your own room when traveling, but it will be connecting.”
“I hope this guy is up for Netflix and working out.” I smile at them, my hand itchy to sign the papers before I call it all off.
Doug gets up, going to the phone on the table, pressing a couple of buttons. “Can you come to the conference room, please?” He hangs up right after.“If you mess up even once, your contract is null and void,” Doug says, sitting down just as the door opens and I turn my head to stare at the person who just walked in.“You?” I stand up, looking back at the other people at the table. The chick from the gym walks in, this time wearing black tight pants and a white button-down shirt, rolled up at the wrists. “Is this a joke?”“I can assure you I had the same reaction when I was asked,” she says sternly. “I don’t want this any more than you do, but it is what it is.”“She tried to pick me up yesterday.” I put my hands on my hips, telling the table.“Are you insane?” she huffs out, her voice rising. “You and your anatomy landed on me.” She looks at Doug. “Right in my back.”I roll my eyes at her.“Karrie,” Doug says, looking at her.“What?” She shrugs at him. “He couldn’t even contain himself, and he thinks I tried to pick him up.” She looks at me. “You wish.”I pfft out. “Please, one word and you would have come home with me.” I look at the men in front of me. “You guys can’t be serious.” I then look back at Karrie. “Besides, how old is she? Twelve?”“Pervert. I would have pulled the fire alarm and kicked you in the nuts.” She crosses her arms over her chest, making her tits strain against the buttons. “Either way you would have ended up in the same place. Alone. With bruised nuts.”Robert slaps the table. “That’s enough, you two.” He looks at both of us. “Now, you two have a lot of catching up to do. I will forward you both the travel schedule.” He stands up, grabbing the papers, and slapping me on the shoulder. “Good to have you.”Coach Dan gets up also, smirking at me while I stand here speechless that they allow a girl to chaperone me. Not just any girl, the hottest fucking girl I’ve ever set eyes on. I had to take care of myself three times since I stumbled on her.“You two try not to kill each other.” Dan looks at Karrie. “Be good, sweetheart.” And he kisses her cheek.“Really?” I throw my hands in the air. “Does no one think this is a ridiculous idea?” I look around the room and the only one left is Doug, who gets up.“I think it’s the best thing to ever happen to you.” He walks over to squeeze my shoulder. “But if you make my little girl cry”—he leans in, whispering—“they won’t find your body.”My mouth opens and closes, and then opens again, not a sound coming out. 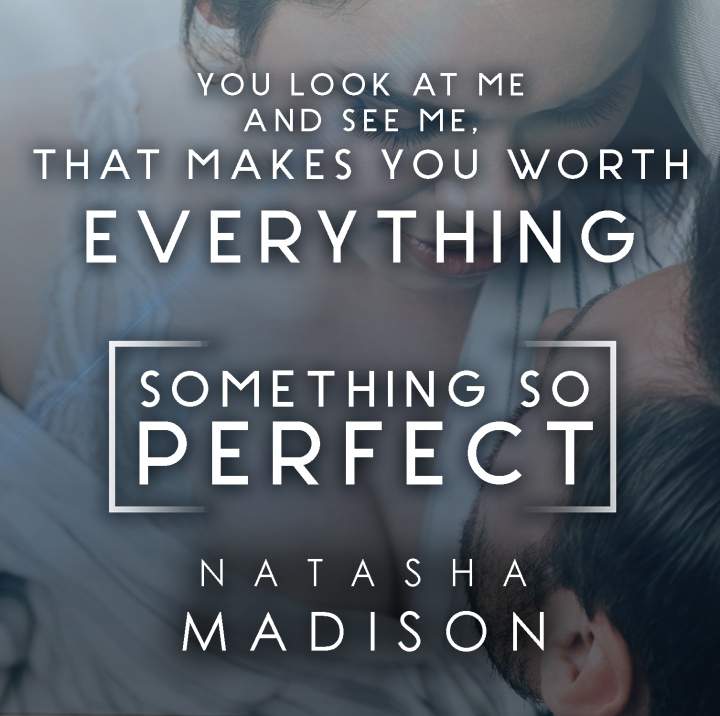 When her nose isn’t buried in a book, or her fingers flying across a keyboard writing, she’s in the kitchen creating gourmet meals. You can find her, in four inch heels no less, in the car chauffeuring kids, or possibly with her husband scheduling his business trips. It’s a good thing her characters do what she says, because even her Labrador doesn’t listen to her…
Author Links
Goodreads  Twitter Facebook Instagram  Amazon Readers Group