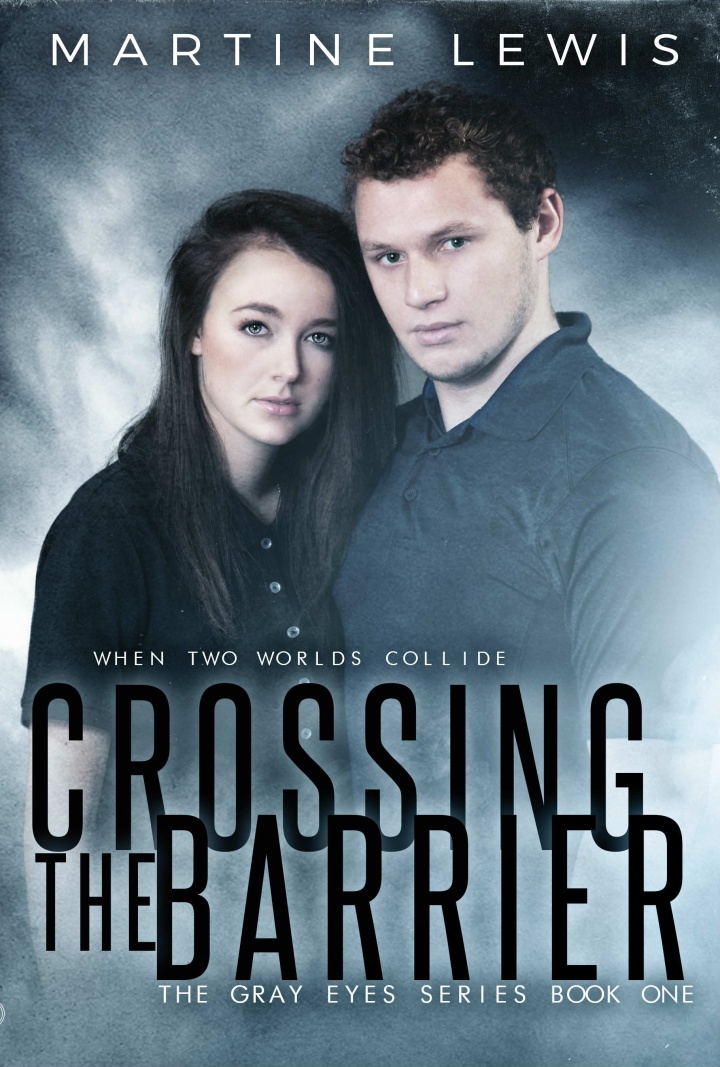 High school student Malakai Thomas, star wide receiver of the varsity team, collides with band member Lily Morgan on his way to football practice. As days go by, Malakai cannot get the petite clarinetist out of his head.

Lily Morgan can feel everyone’s emotions. She loses her ability to shield herself against them the day Malakai runs into her. Now she must try to maintain her sanity in the emotional jungle that is high school, as well as deal with her growing feelings for Malakai.

Can Malakai get over the social stigma and his own internal struggle to be with Lily? Is Lily’s secret too big to accept, even for him?

“I wonder what would happen if you lost your ability to shield.”

That simple question from Lily’s best friend, Sandra, almost got them killed. As Lily Morgan drove them to school for their band practice in her Mini Cooper, it took all of her limited driving skills to keep them on the narrow suburban road and not in the ditch.

“Let’s not ever mention this again!” Lily’s heart raced at the thought of it.

Sandra Jones was the best friend anybody could dream of. She was also everything Lily was not. She was outgoing, tall, and beautiful with her long, straight blond hair and blue eyes. She always wore the nicest outfits, and guys regularly asked her out on dates. She could have been part of the popular crowd had she wanted to, but she was perfectly content being in the marching band, just like Lily.

Sandra and her family, in addition to Lily’s uncle, Charlie, were the only people alive who knew what Lily could do; she had the ability to feel the emotions of the people around her. The only way for her to function and have a close to normal life was to build mental shields, which prevented the barrage of emotions from continuously assaulting her. Sandra knew how important shielding was to Lily, particularly in an emotion-infested place like high school.

“Just saying. I mean, you’ve been giving me the silent treatment since we left home. I had to find a way to make you talk.”

“Well, that’s not a good subject on a good day.”

“I don’t understand. Why don’t you take Charlie’s offer and move in with him?”

“It’s my house, Sandra. If anything, she should be the one moving out.”

“Not going to happen, not until the courts kick her out. You know that better than I do. She’s not going anywhere.”

Her friend was right, unfortunately.

“Can we move on to something else?”

“What did she want this time?” Sandra asked instead. “Another party to introduce you to your future husband?”

Lily nodded. She could easily imagine Sandra rolling her eyes, and if she hadn’t been driving, she was sure she would have seen her do exactly that.

“I don’t get it,” Sandra continued. “She’s not even your real mother.”

“I don’t get it either. Why does she keep throwing me at those guys?”

Lily remained quiet. She never said no. She still held the hope that if she did exactly what her mother requested, maybe one day she would approve of her.

“When will you, Lily?” Sandra asked, turning toward her. “You deserve better than this.”

Lily sighed. She had tried to explain it numerous times before, but Sandra never understood. After all, Sandra’s mother loved her and was always so proud of her.

Lily felt her best friend’s eagerness at sharing the news, and she knew what was coming next.

“Malakai will be there.”

Ever since she had admitted to Sandra that she liked the star wide receiver over a year ago, Sandra brought him up every chance she had.

“Why don’t we talk about your love life for a change?” Lily suggested.

It was Lily’s turn to roll her eyes. “So, what else did David say?”

“They should begin practice around nine this morning.”

“They have it so much easier than we do,” Lily said, turning onto the access road that led behind the school.

“You got that one right. If they practiced half as much as we did, they would wear paths in the football field.”

“That’s probably why we practice on hot, steamy asphalt,” Lily said as they arrived in the parking area.

“It sucks, really. Why don’t we get to practice their amount of hours and they, ours?”

“Because what we do is more complicated?” Lily suggested with a smile.

Sandra shrugged and glanced out the window.

“Look at it on the bright side.”

“There is one?” Sandra asked, irony coating her tone.

They were both laughing when Lily pulled into her usual parking spot.

Martine Lewis is a forty something who was born and raised in the French speaking province of Quebec, Canada. She spent her childhood looking forward to her summer vacations at the farm, which were a nice escape from the suburbs where she lived.

Her first written endeavor was a 200-page handwritten Duran Duran bandfiction which she wrote when she was eleven years old. Of all her written work, this is the only one she no longer has.

All throughout high school, Martine wrote more bandfictions and some original work, then she went to write fanfictions in the Star Wars, Buffy and Harry Potter universes. Her fanficiton in the Potterverse are mostly centered on characters of her own creation and can be found on fanfiction.net.

Following her viewing of Roswell on Netflix in 2012, Martine wrote book two and three of the Gray Eyes Series, then went on to create the Gray Eyes Series universe in which she has been playing ever since. She writes contemporary coming-of-age romance fiction (young adult/new adult) with a twist.

Martine is an avid reader and rollerskater. She loves sushi, hot chocolate on a cold day, and the beach. But what she loves above all else is to curl on her chair with her computer and write more stories for her readers.

Martine currently lives in Houston TX with her two cats.