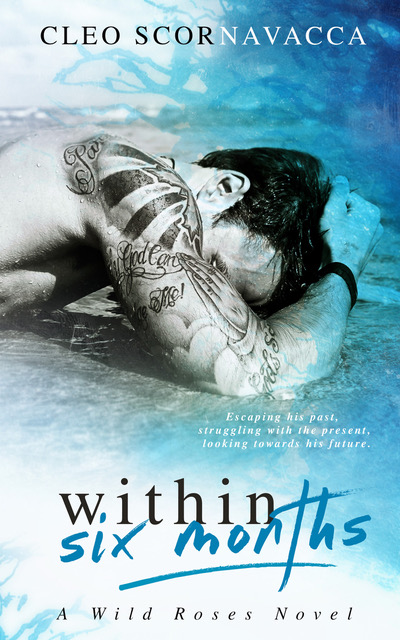 Within Six Months
…Escaping his past, struggling with the present, looking towards his future.
Time… a gift, precious, fleeting, ever-changing, moving quickly…too quickly, especially for a man searching for the woman of his dreams.
That’s exactly how photographer Tommy Conte decided he would begin his new life. He left everything he knew behind in search of something special…someone special. His plan was clear. He would move to the beach, renovate an old shore house, and find the woman that he would ultimately marry…all within six months.
Was he delusional? Perhaps…yet after everything that had gone on in his life the last few years, he had to take that chance.
Then… as luck would have it, he met Jade Stanton, his new neighbor. Tommy was immediately drawn to her. He wanted and needed to know more…
Perfect right?
Wrong…
There was one small problem. Jade wasn’t looking for a long-term relationship like Tommy was. She was done…over it.She swore off anything serious with any man that came her way… until she  was backed into a corner and Tommy came to her rescue.
He pretended to be her boyfriend…for just one evening. It was simple, no strings attached. It was only one night, or so she thought.
Due to circumstances beyond her control, Jade needed Tommy to play his part for a little while longer. She didn’t think it would be a problem. Tommy was fine with it and they both knew it was all just an act.  Yet, Jade came to realize the more she pretended, the more she couldn’t deny that she was falling for him.  Although she didn’t want Tommy to find out, Tommy knew better; he felt it too.
Tommy realized that the girl he had dreamed of was right there in front of him; and the life he wanted to share with her was finally within his grasp. He decided he couldn’t let her slip away. He wouldn’t leave it up to fate. He had to try, but Tommy also knew it wouldn’t be easy. Actually, it would be the hardest thing he ever had to do… prove to Jade that she could trust him enough to love him, as much as he loved her.