Any Way You Spin it
By Monique McDonell 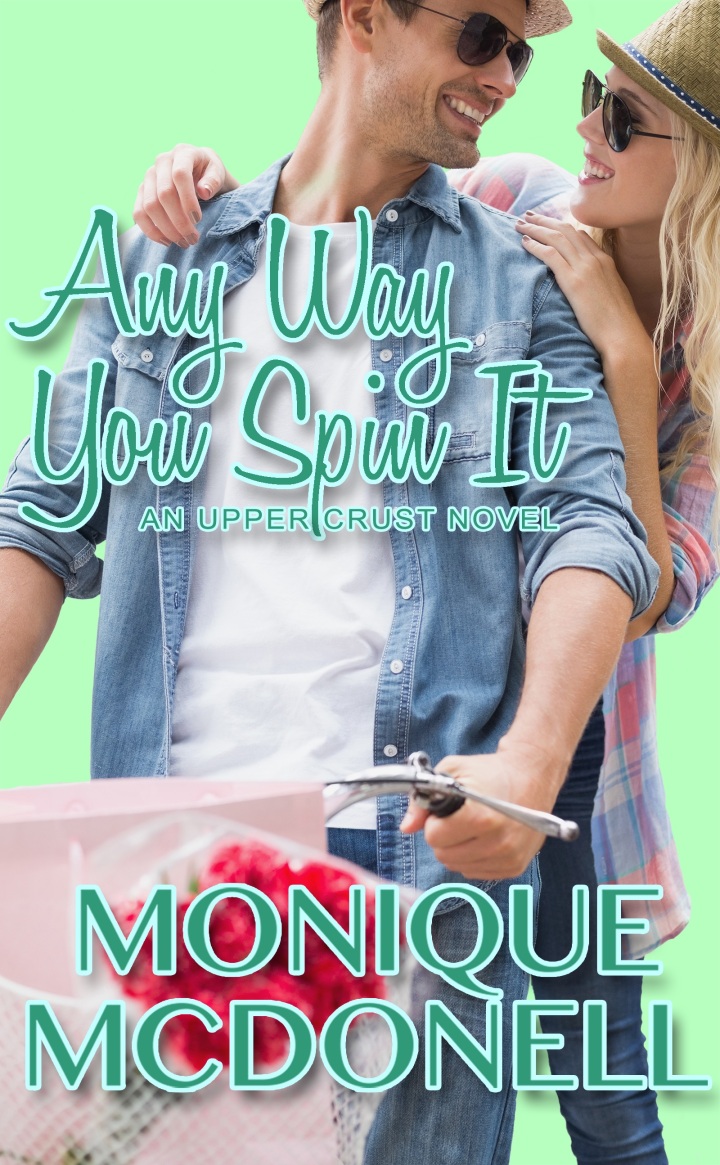 Blurb:
Sometimes you must accept that love doesn’t always show up at your convenience.

Minnie has made mistakes and lots of them. Fresh out of rehab and back in her home town her plan is simple; she needs to make amends to all the people she hurt, especially her children, and get her life back on track. She has no room in her life for men – it was because of men she got in this mess in the first place.

The minute former athlete and current bar owner, Mitch sees Minnie he knows she’s something special. Now all he needs to do is convince her and the whole town that their being together will not undo everything she’s working so hard to achieve.

With all the obstacles to her success can Mitch prove he’s not just one more thing in the way.

If you like long bike rides, picnics by the lake and truffle fries then Any Way You Spin It is for you.

Now Live on Amazon!
http://amzn.to/2uivfP3
Snippet #1
“Did you get lost again, you live down the hall.”
“No, I brought you some fries.”
“You brought me fries?”
“Truffle fries actually. Sarah said you kind of moaned when she mentioned my truffle fries earlier.”
“She said I moaned about you?’
“About my fries. So, I brought them and myself to your door.”
“Well come on in then, although I don’t recall moaning.” She absolutely did, but he didn’t need to know that.
“Maybe you smiled. I’d rather make you moan than smile, but I’ll take either.”
“And I’ll take the fries.” She held out her hand so he could pass them over.
She lifted one from the bag and took a bite of the crunchy salty goodness and then she really did moan. “Okay mission accomplished, you made me moan, you can leave happy now.” 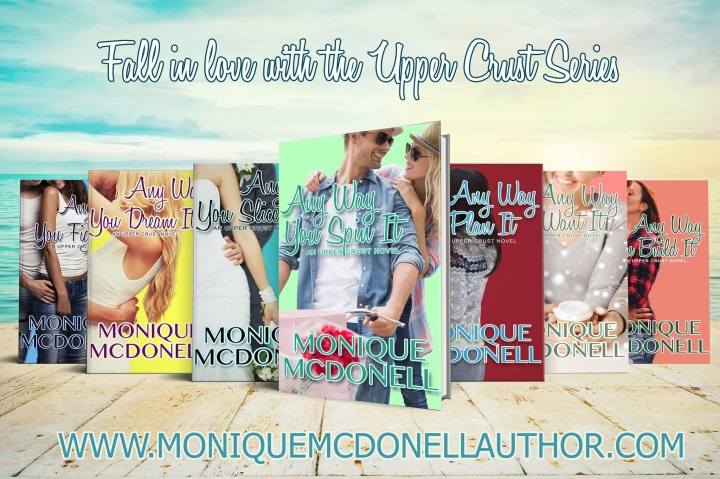 Snippet #2
Mitch knew it was just a coincidence he’d run into Min. She was one of a handful of people he’d run into today. Moose had jogged past him at the park and invited him to dinner tomorrow night. He’d stopped to get gas and Dave the local policeman was at the other pump and when he’d gone into the diner half the town had been there. And he may have heard Mins name mentioned in whispers more than once. Patty had been holding court with her gaggle of minions. Running into the beautiful woman seated beside him improving the look of his truck exponentially was not destiny, even if it felt like it.
All she’d bought was a small block of cheese. Clearly, she was planning to do something with it.
“What’s the cheese for?’
“Meatballs and spaghetti.” His stomach, the betraying bastard groaned. “I gather you like meatballs.”
“I do. They’re a classic.”
“I’m going to have extra. I’ll drop some over.”
“You don’t need to do that.” His stomach rolled again.
“To say thanks for the bike, and the lift home.” Large raindrops were pelting the windshield now. “I’m pretty happy not to be walking in this.”
He looked over at her. She was looking at him with those baby blues so he couldn’t resist. “Okay, but how about you eat it with me? It’s kind of sad for us each to be eating alone.”
“Okay. I’ll just come down the hall when I’m done.” The town wasn’t big so he pulled the truck up outside the building minutes later. He stopped under the portico so she could exit without getting wet.
He watched her go, her perfect pear-shaped butt heading in the door and up the stairs. He knew he shouldn’t be looking at that butt or wanting that woman but knowing didn’t stop it from being so.

Author Bio:
I am an Australian author who writes contemporary women’s fiction including chick lit and romance.
I have written all my life especially as a child when I loved to write short stories and poetry. At University I studied Creative Writing as part of my Communication degree. Afterwards I was busy working in public relations I didn’t write for pleasure for quite a few years although I wrote many media releases, brochures and newsletters. (And I still do in my day-job!)

When I began to write again I noticed a trend – writing dark unhappy stories made me unhappy. So I made a decision to write a novel with a happy ending and I have been writing happy stories ever since.

I am the author of five stand alone novels including Mr. Right and Other Mongrels and Hearts Afire and the Upper Crust Series. Many of my novels focus on an Australian characters meeting and visiting US characters.

I have been a member of the writing group The Writer’s Dozen for ten years. Our anthology Better Than Chocolate raised over $10,000 for the charity Room to Read and helped build a library in South East Asia. I am also a member of the Romance Writers of Australia. In 2015 had a piece on writing chicklit featured in the successful Australian non-fiction book Copyfight.

I live on Sydney’s Northern Beaches with my husband and daughter.

To learn more about my writing, my caffeine obsession and my upcoming books please visit www.moniquemcdonell.com.au. 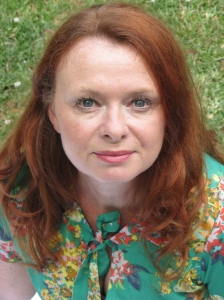