When an Ivy League girl falls for a guy from the wrong side of the tracks, all the cards are stacked against them except one. Patrick Cobbs has just graduated his BUD/S training. His father’s a drunk; his family is poor. He has nothing to offer Marg except the man he wants to become.
Pat’s the last guy Marg’s anti-military parents want for their daughter. With her grandfather’s name etched on the Wall of the Fallen, Marg’s father will do anything to keep them apart. Only one person believes in them, and he’s dead.

“Are you going to kiss me good night?” Marg’s voice held a haughty little tone.
He bowed his head and chuckled. “No.” Teasing her was too much fun, and he waited to see her reaction.
“Fine,” she quipped and tipped her shoulder. “Bruce did.”
Oh man, oh man. He torqued his brow. “There’s a difference between me and him, Marg.”
She cocked her head. “And that is?”
“When I kiss you for the first time, it’ll be on my terms when you least expect it.”
She clutched her palms together. “I might not feel like kissing you then, Patrick Cobbs. Sure you want to take that chance?”
He chuckled again. Relaxed and straddling his bike, he gazed at her. Smart and beautiful. Most guys would think he was off his rock, tempting fate or her ire. “I’ll take that chance. Let’s do things the old-fashioned way.”
“You make me nuts,” she finally blurted.
An honest laugh erupted from his chest, seeing he was twisting her into a ball of crazy. “This is good training for you, Miss Stines.”
“How?” she barked at him. Her brow squished together.
“Although you say you don’t want to live the life of luxury, I think you’re used to getting what you want.”
Her knuckles collided with her waist. “Are you calling me spoiled?”
“Are you?”
She took a quick step toward him and leaned over. Within an inch of his mouth, her voice slipped into a silky timbre. “No, SEAL, I’m not. You can keep your kisses. I don’t want—”
Execute. His hands palmed her cheeks and his mouth powered down on hers. Every ounce of blood rushed from his head to his heart. Her gorgeous body melted against his, submitting. Holy God in heaven! He’d been right. Kissing this woman coiled his lust tight.
Their kiss blazed and then ended with a slow burn before he gently pulled away. The corner of his mouth curved. “See you Friday.” He kick-started the engine to life.
“Friday…” she said meekly, gazing at him, still stunned.
He winked at her. Before his lust started talking him into screwing up the start to something incredible, he wheeled around the fountain and rode away. 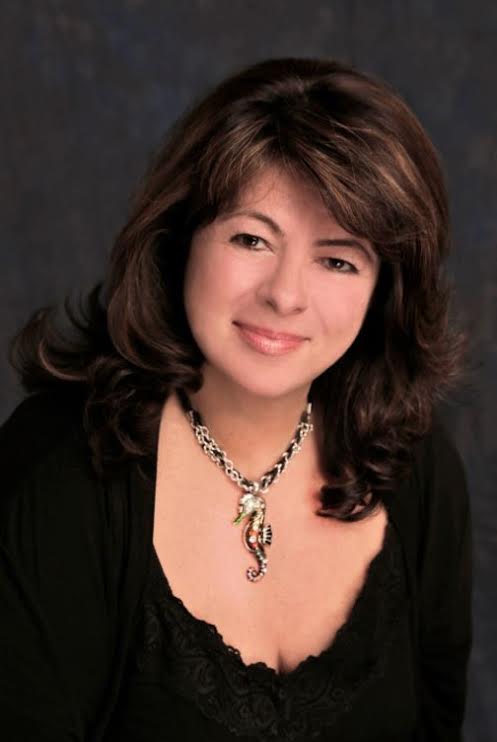 Natasza grew up on the beautiful West Coast of British Columbia with the Pacific Ocean on her western doorstep, and thousands of acres of forest on the other. After finishing school, her life took a drastic twist, and a lifelong working relationship with the marine industry began.
After a twenty-year hiatus from creative writing, the stories swirling in her mind began to swim hard to resurface, and she threw them a life ring. She juggles words during her days off, and then gets back down to business, working as an officer in the Coast Guard. Her life is a mix of creativity vs. black and white procedures. With a lifetime of working in the marine community, there’s plenty of stories to tell. It’s a different world, different language, unsung heroes and heroines aplenty, heated moments, and blissful silence when all is well. Reading and writing is the way she turns down the loud hum that work causes, and after thirty years of humming, it’s time to vent.
Social Media Links
Follow me on Amazon: http://tinyurl.com/hkt4957
Join my quarterly newsletter: http://nataszawaters.com/subscribe-to-my-newsletter
Blog site: http://nataszawaters.com/
Facebook: https://www.facebook.com/natasza.waters
Twitter: https://twitter.com/NataszaWaters