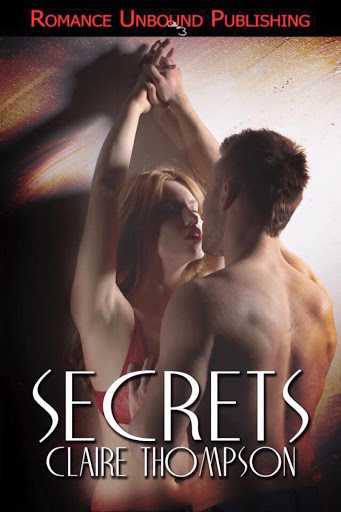 Allie Swift has a secret—one that has kept her from finding a Dom willing to take her where she longs to go, far beyond the slap-and-tickle approach of BDSM-lite, into the deep reaches of true sadomasochism.

Liam Byrne had it all—a great career, a hot body, and a submissive fiancée.  That is, until a year ago when a head-on collision with a drunk driver shattered not only his leg, but also his life. Now Liam harbors an ominous secret, one that’s tearing him apart and causing him to hold the world, including Allie Swift, at arm’s length.

As the intensity of their D/s exploration increases, Liam and Allie must confront their fears. Together they must decide if the bond they share is strong enough to survive bringing their secrets to light.

The rope around Allie’s wrists was tight, her arms pulled taut and secured to the headboard. His hard body covered hers, his cock pummeling insistently inside her. The foreplay had been, if not quite as intense as she liked, certainly spicy, with plenty of spanking, nipple torture, clit teasing and even a good, thuddy flogging.

He’d quit just before the miracle, though he’d seemed entirely unaware of what he’d done, or rather, failed to do, and Allie hadn’t told him. In her mind, if you had to tell them, then the connection wasn’t there, no matter how much you wished it could be.

“I own you.” He thrust hard inside her. She shifted, trying to find a better angle. He took that as a positive sign. “Yeah, that’s it, I’m going to make you come so hard, babe. You belong to me.  I am your Master, to do with as I will.”

He pounded away, his breath rasping in his throat, his heart thumping beneath his sweat-slicked skin. His stroke was good now, tapping at her sweet spot from the inside out. Maybe, just maybe, it would be enough?

“Come on, slave girl,” he gasped. “I can feel it—you’re almost there. No one can resist Master Gene. Come for me. I order you to come.” He swiveled and thrust, urgency radiating from him like heat. “Do it. Now.”

Give him what he wants. You can do it. Meg Ryan has nothing on you.

Allie moaned and arched her hips upward. She began to pant. “Oh, oh, oh, oh! Yes, yes, yes!” She shuddered and stiffened, gripping him hard with her thighs. She squinted through slitted eyelids to peer at his face looming over hers. His eyes were squeezed shut, his head thrown back, the tendons on his neck distended as he hammered her into the mattress. She continued to sigh and moan in syncopated rhythm to his orgasmic cries.

Finally he lay still, the steady beat of his heart against hers the only sign of life. He was heavy and limp on top of her. The tip of Allie’s nose was itchy and her right calf was cramping. She longed to shove him off her. She wished fervently the ropes around her now chafed wrists would miraculously evaporate. She desperately needed a shower and a cold drink, preferably something eighty proof.

Finally he lifted himself on his elbows and peered down into her face. “Hey, you. You alive? I told you I’d make you come. Master Gene knows how to treat a sub girl, huh?” He grinned, the pride evident on his handsome face.

Allie smiled back and sighed, letting him interpret the sound as she knew he would. “Oh, yeah,” she breathed. “Thank you, Sir.”

“Your former life is over. Your apartment will be emptied, your car disposed of, your life erased. You are now the property of Pirate Island, to be used and enjoyed as we see fit. Your life is quite literally in our hands.”

Mara Stevens jumps at the chance for a job at a new premier resort on the North Carolina coast. All she has to do is fly out to the private island and get through one more interview. Unfortunately, what should be a shiny new career opportunity turns into a living nightmare.

Upon landing, she learns the truth. She’s been taken to serve as a plaything to the owners and their chosen guests—high-powered, dangerous men who see her as nothing more than their sexual toy to use and abuse at their whim.

With no escape possible, Mara is forced to submit to the training and discipline of a sadistic taskmaster—or suffer the consequences. Good girls are rewarded; bad girls are punished—severely. Deep into her harrowing journey of forced sexual servitude and submission, Mara becomes prey for The Hunt. Naked and alone, Mara must summon all her courage and cunning, drawing on the indomitable spirit that still secretly burns inside her. 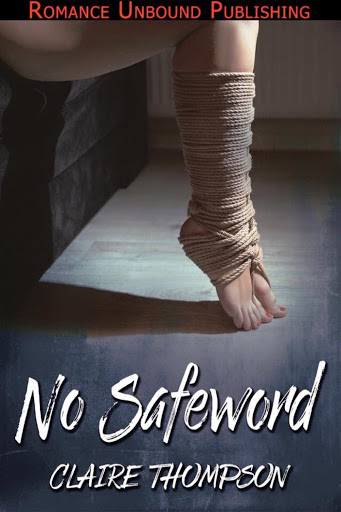