You’ve seen the title of this book and now you’re curious, I get it.
I totally do.
Mercy F*uck isn’t a title that inspires smiles and you’d be right.

Let me start by saying his name was Axle Rhodes and everything about him, including his love for Metallica, made you want to offer yourself up as a sacrifice.
And believe me, I did.
My heart and v-card were his for the conquering, and because he had a pulse, twenty-four-seven erection and empty bed, he took it.

It was love, it was fate, it was our happily ever after.
Right?
Wrong.
It was bullshit.

For Axle it wasn’t any of those things.
I know this to be true because while planning our wedding while still naked in said bed, I had the misfortune of hearing him utter the two words that described what he really thought of me.

Now don’t go feeling sorry for me, okay? I learned a valuable lesson about the opposite sex that day and am all the better for it.
To Axle, I was a Mercy F*uck this is true. But, every man I would meet after him would become mine.

My name is Drew, by the way, and nine years and a lot of practice later, I like to think of myself as the ‘Mercy F*uck Master’.
Trust me, it was title I earned and was seriously proud of too.
Well at least I was, until the Mercy F*ucker came back. 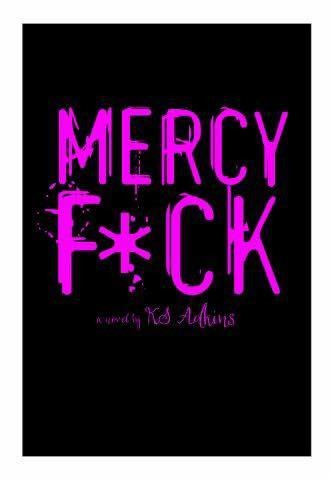 Some people dream of being a doctor, teacher or social worker when they grow up.
Not me.
I wanted to be a sniper, ninja, rapper and a stripper (all at once).
Since none of things happened to me, I write stories to pass the time.
Stories about bad ass women and the men that show up for the ride with a bunch of awkward sex thrown in.
I am dialogue heavy. I swear a lot. I like violence. I like angst.
Most of all, I love a happy ending.
My name is KS Adkins, and it’s nice to meet you.

OTHER TITLES BY KS: