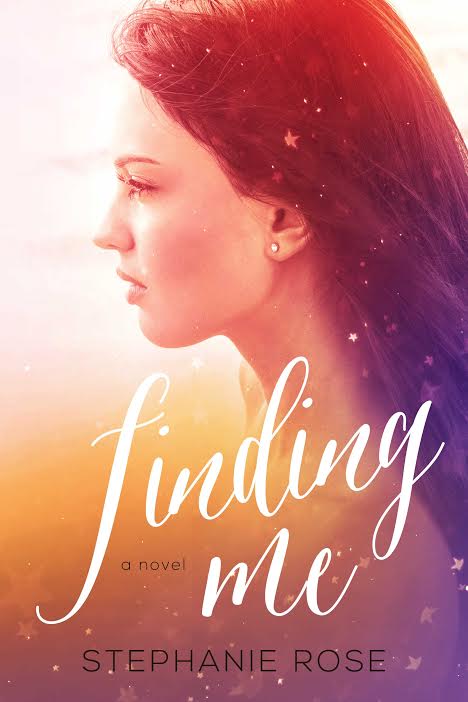 Abandoned by a father who didn’t want me. Cherished by a stepfather, though I wasn’t his. Shattered by a boy who swore he loved me.

But I belonged nowhere, to no one.

Then I met Owen, the sweet-talking hockey player who made me love him. He gave me the courage to trust in someone besides myself. He showed me a love I longed for.

When an unwanted ghost comes knocking on my door, my heartbreaking history threatens to repeat itself. But where do I turn if I lose everyone? And how do I find where I belong, when I’m still Finding Me?

Finding Me is a spinoff from the Second Chances series and can be read as a standalone.

“Hey, Bella, right?” My pencil dropped out of my hand as I jumped at the voice next to our table. That was the second time today I caught myself gawking at Owen as he walked away. I studied his ass so much, I’d memorized the fraying denim on his back pockets. Blinking my leering eyes, I turned to a sort of familiar face.

“Paul. I’m in Intro to Psychology with you.” Paul was cute in a non-mentionable type of way. With his dark features and average build and height, he easily blended into a crowd—and my psych class was over three hundred people. I spent most of that class feeling like an ant.

“Oh, right.” I smacked my forehead in faked recognition. “I’m sorry. That class is huge.”

Paul chuckled as he nodded. “It’s a good thing Professor Brightman is interesting. It would suck for him to look out and see three hundred people sleeping.” He let out a nervous laugh as he gazed at me.

I smiled back. “I guess you’re right. It’s hard to notice anything or anyone in those seats, though. I’m sure people take naps in that class anyway.”

“Well,” Paul sighed as his eyes dropped to the ground. “I noticed you. From pretty much the first day.”

“Oh,” I replied in a whisper. I was only here on a study date, even though I almost let myself pretend it was more. Paul seemed nice but, whether it was misplaced or not, my interest was in the hockey player waiting by the barista. Should I force myself to flirt with Paul? That wouldn’t be fair to either of us, but putting all my eggs in one unattainable basket wasn’t exactly healthy either.

Paul grabbed the back of the chair next to me and raised his eyebrows in question. “Can I sit? I’d love to get to know the girl behind the pretty face.”

“Seat’s taken.” A southern growl behind me made Paul’s face fall.

Owen placed my iced coffee and straw in front of me as he glared at Paul.

Paul let out a long sigh and nodded. “Sorry, Owen. I didn’t realize you were with Bella.”

“It’s cool, Paul. See you at practice later.” Owen sat in his chair and scooted it closer to me.

Paul nodded and gave me a sheepish smile before traipsing away.

Okay, what was that? “You know Paul?”

He nodded without looking up. “He’s one of the third line freshmen on the team. Doesn’t seem like a bad guy, I guess.” With a sour face I wasn’t used to seeing, he dug into his bag and pulled out a notebook. If I didn’t know better, I’d have said he was jealous. I sucked in my bottom lip to fight the twitch of a satisfied smile.

“I don’t really know him. He’s in my Intro to Psych class. Too many people in there to really know who anyone is.”

“You know what we should do?” Owen met my gaze as he leaned back in his chair.

I took a slurp of my coffee and squinted at Owen. “Enlighten me.”

Owen laughed as the front legs of his chair dropped to the floor and he leaned forward. “We should go out.”

With the straw still in my mouth, I froze. “Out?”

Owen nodded and gave me a sideways glance. “Yeah, out. You. Me. Without books or ledgers. We can celebrate how well we both did on the midterm—or how well you did and how I got by thanks to you.” Owen’s brow raised as he awaited my answer, but I didn’t know how to reply.

“I really don’t mind helping you. I get to study a little extra too, so it helps both of us.” Still ignoring his question, I opened my notes and skimmed to the midterm review questions. Owen inched closer to peer at my book, and I resented the jump in my pulse whenever he came near me. We’d been meeting twice a week for one hour at a time since the beginning of the semester, and each day I was more drawn to him than the one before. Last Thursday, Owen met me at the library straight after hockey practice when his hair was still damp from the shower. All I could think of for the first fifteen minutes was how the rest of his body looked wet, drops of water dripping across every muscle and hard ridge. Owen was the first man I had dreams of licking while I was still awake. 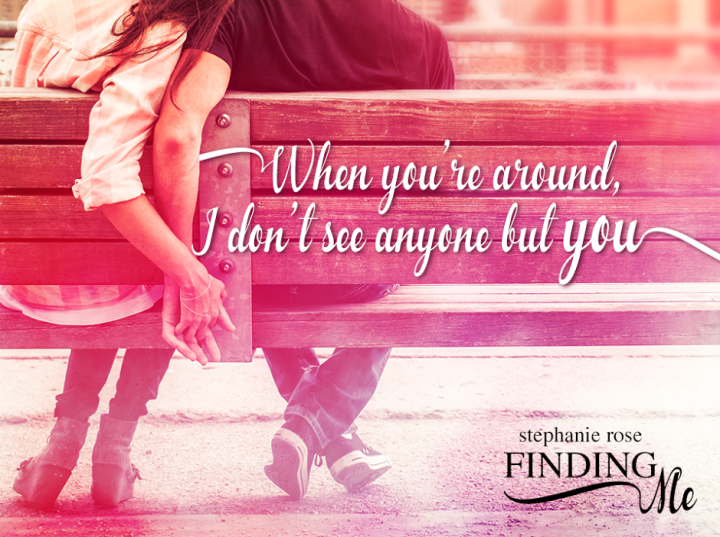 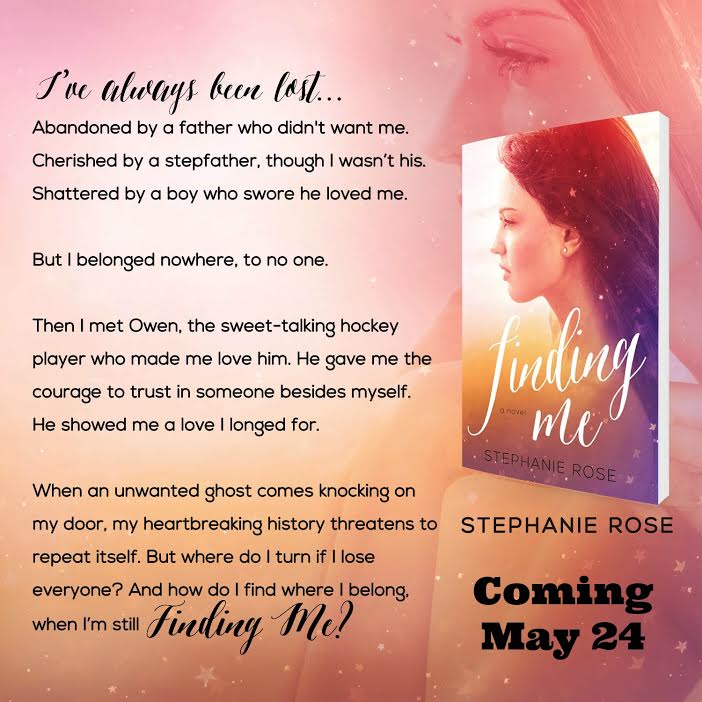 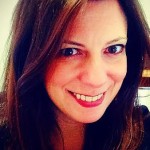 Stephanie Rose was born and raised in the Bronx, New York and still lives there with her superhero-obsessed husband and son.

She has a Bachelor’s degree in Business and a day job in marketing, but she always has a story in her head. Her books are full of swoon-worthy men and feisty heroines.

This lifelong New Yorker lives for Starbucks, book boyfriends, and 80s rock. Her voice is often mistaken for a Mob Wives trailer. 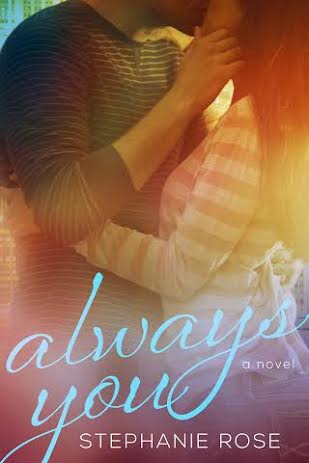 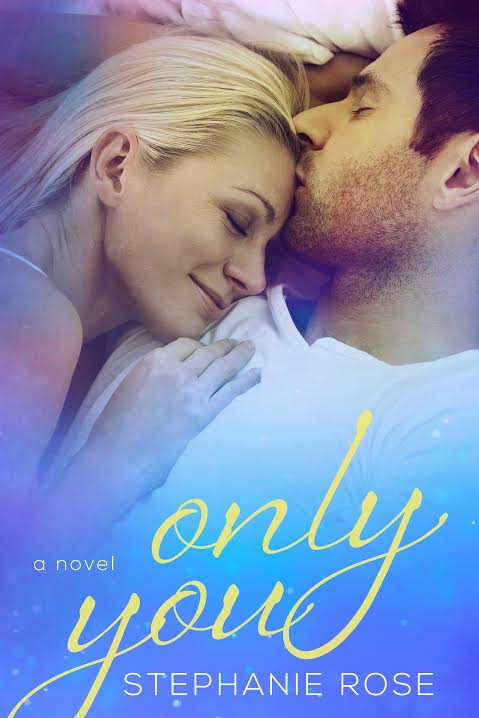 To be notified as soon Finding Me is live, sign up here:
http://tinyurl.com/jhyxk6e 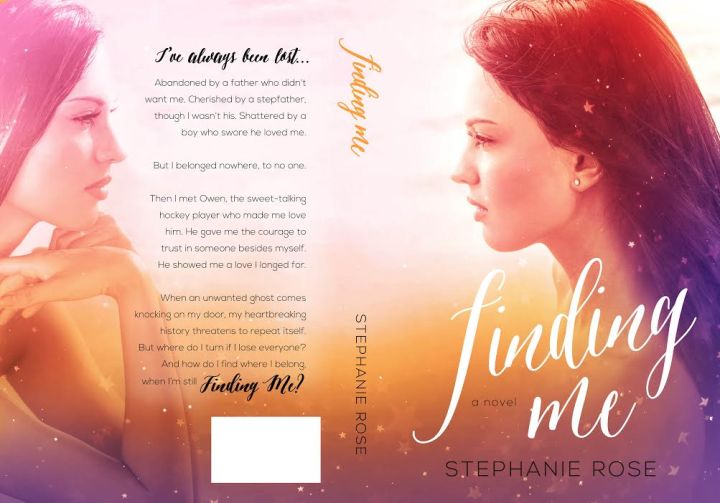