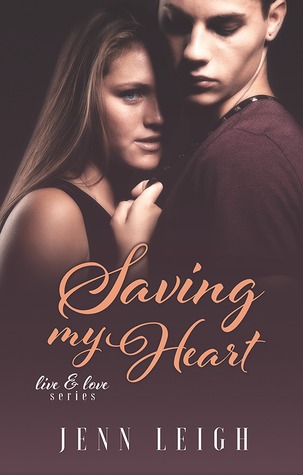 Cassie Bradley had been through hell and back; suffering the worst types of atrocities at the hands of her former foster family. After becoming a runaway, a chance run-in with her actual family had been Cassie’s dream come true. Years later, Cassie headed off to college. New friends; new experiences; and a seemingly fresh start on life. Just when you thought things had settled down for Cassie, the darkness of her past came creeping in.

Noah Grainger was the typical all-American college student. Great friends; star baseball player; studied hard and played harder. The start of his sophomore year, was looking awesome. Until he met Cassie Bradley, the painfully shy girl he just could not stay away from.

Cassie and Noah work through many obstacles in their new relationship, but when her dark past rears its ugly head, would they survive the fallout? 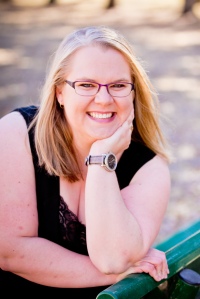 Jenn Leigh is an administrative professional by day and a domestic engineer by night with a splash of author when the time is right. Married with two children, when not wrangling her kids and people in her profession, Jenn likes to read, write, go to the movies, and play sports. She plays soccer, volleyball, and flag football on a regular basis.

Jenn has always had a knack for writing, but she admits to being scared of the process, and as a result, she tamped down her desire to write until recently. When a story needs to come out, it just makes itself known, and thus started Jenn on her journey to becoming an author. Her goal is not fame or fortune, just for readers to enjoy the story as much as she enjoys writing it.

I never blamed my parents for what happened to me. In fact, they were victims just as much as I was. And now my dad was my hero. I loved him more than anything.

He was the one who found me when I was a skittish, street urchin. As I look back, the “come-as-you-are” attitude of my last foster family was a blessing in disguise. I had gone from the worst forms of daily abuse to utter indifference.

At the time, I thought indifference was worse. At least, when I had been abused, I had interaction with people. As twisted as that sounded now, I ran away from the one thing that, in all probability, would have helped me in the long run.

At my last foster home, I was snooping one day when I came across my case file on the office filing cabinet. I wasn’t sure what drew me to it, but as soon as I got close, I saw my name, and when I opened it up, Edgewood was in the documents.

There was also information about where I had been before this home, which was all news to me because I had been so young I hadn’t had a sense of location. I had been held captive by my previous foster family, something I wouldn’t realize until much later. I just thought that was the way people lived.

I figured out that the abuse wasn’t normal behavior, thanks in part to the few days I spent in school here and there. I noticed that other students didn’t look like me, nor did they dress in tatters like I had. Heck, they even smelled better than me. I knew then that something was wrong, and so I made the decision that, when I had an opportunity to run away, I would.

In the cover of darkness one night, I left. I just kept walking and never turned back. I ended up finding a group of homeless kids and tagged along on their nomadic journey. They were able to keep us from getting caught by the police and taught me how to live on the streets.

However, my luck ran out eventually, and I was put back into care, which according to the address that was in the folder, I had managed to run away from backwater Arkansas to Oklahoma, to my indifferent foster family.

Once I finished looking through the folder, I was turning around to leave the office when I saw my new foster mom standing in the doorway. I immediately went on guard for the worst. Then I was shocked by what happened next.

“I assume you saw it—the name of the place where your birth parents could be. Do you want to look for them?” she asked matter-of-factly.

I remembered thinking about it for a moment. Thinking, Well, they gave me up, so why would they want me now?

“They didn’t actually give you up, you know,” she answered as if she could read my thoughts.

I looked at her, perplexed.

“I don’t know the details,” she continued, “but I do know you were taken, not given up. Do you still want to look for them?”

I sucked in a breath. Taken?

I nodded slowly in return.

She walked over to me, handed me a crumpled wad of cash, gave me directions to get to Edgewood, and then left me alone in the room.

I remembered looking down at the crinkled bills and thinking about how I didn’t even know what to do with money. I had never had any before, yet I knew I had to get to the bus station to start the search for my parents. 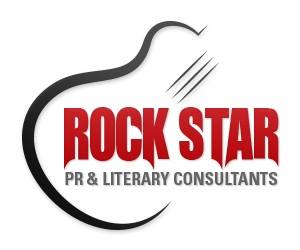