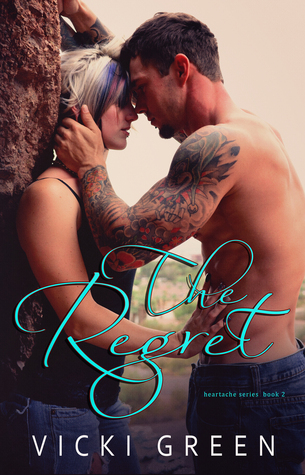 Tanner Clark is different than most people. He seems mysterious to most, keeping his secrets close and not trusting many. The one regret in his life will haunt him until he can find a way to make amends. Will this be another regret he’ll make, and one that cannot be undone? His life takes an unexpected turn when he follows a girl to a small town and rents the apartment next to hers. She’s different than most women. Strong, defiant, has tattoos and piercings, but she’s making it very hard for him to get to know her.

Jolie Ross has had a rough childhood, one she’d soon rather forget. When she follows the one person who she ended up trusting in college, and who became the first friend she’s truly ever had, she finds a better life in a small town working at a gym. Her life finally takes a turn for the better. Good job, nice apartment, until a mysterious dark haired man, with tattoos and piercings, walks into the gym. He becomes a personal trainer there, but she’s leery of his secrecy. She decides it’s best to keep her distance. She doesn’t want any more regrets.

Can two people who are so similar yet, so different, stay away from each other or will fate lend a hand and show them that there doesn’t always have to be regrets?

**Due to adult content, this is intended for 18+ readers 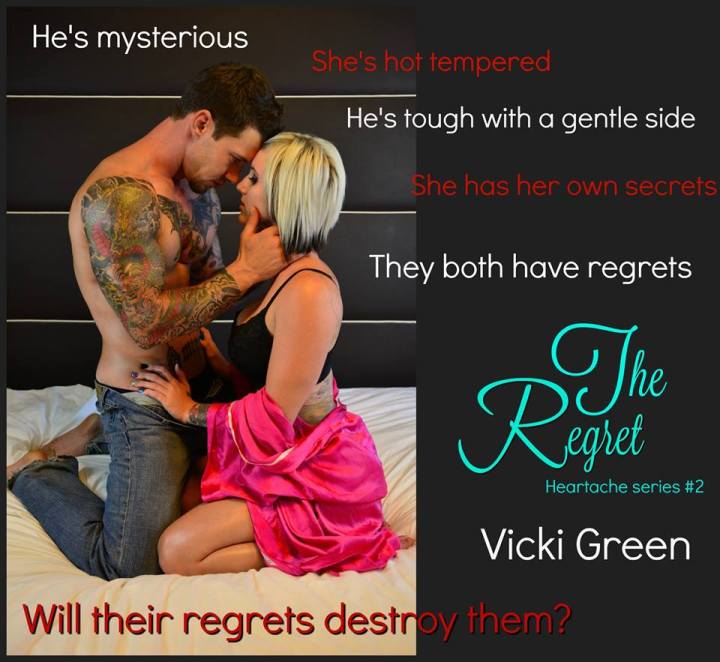 Best selling Author of Romance and Romance Suspense, Vicki Green lives in Kansas with her husband and two boys as well as their three dogs that rule their house. She loves spending time with her family and furbabies.

Look for more Romance books as well as future projects such a Romantic Comedies.