What happens when his mission is to get the girl?

Captain Jade Elliott of the United States Army spent her entire career working her ass off to get to this point and she couldn’t be more proud. She’s gained notoriety through her actions as well as the respect of her team. She’s one of the first women to graduate as a Ranger and has been called to serve on a secret mission. So why is she about to do something that could throw that all away?

Kaleb Maverick has been called to act as Commander for a vital mission and has done his research. He knows his team very well, in fact he hand selected them. He’s retired, but still very active in the private sector, leading his personal team to countless successful missions. Now he’s going back for one last mission.

What happens when his mission is to get the girl? What if she’s not ready to be captured? Their chemistry is explosive and the heat is intense, but can Maverick come back with his head held high or will she be the first mission he fails?

Loyalty, Duty, Honor, Respect, Courage, and Integrity… Those are six of the seven cores embedded into a soldier’s brain when you enlist in The United States Army.

I remember like it was yesterday, placing my hand on the bible, while holding my other hand high along with my head, turning my life over to protect my country.  Only, it wasn’t yesterday, it was eight long, tortuous, agonizing years ago.

My reasons for thinking agonizing have nothing to do with the Army.  I live it.  I breathe it.  My life is consumed by it because it’s all I’ve ever wanted.

It’s agonizing because here I stand in complete darkness as one of the first women to graduate from The Army’s Special Ranger’s School.  Agony may be a harsh word to use.  However, no one was more relieved than I was when the law was lifted a few years ago and women were notoriously approved to serve our country in day-to-day ground combat roles.  Our nation has come a long way in allowing equal rights to women.  It’s about fucking time.

For two months I trained, barely slept, and pushed my now well-defined body to the brink of exhaustion.  My dream is now a reality and my right to be here is embedded into my soul.

My mental stability was pushed to the limits, physical strength tested to the point of pain so excruciating that I was ready to give up, surrender, and dare to show them weakness, but I never did.  I would’ve died first.

With the help of a fellow Captain, I pushed harder, became stronger, and passed.  Yet here I stand, ready and willing to throw my dream away, all for a simple quick fuck.  It’s the stupidest thing I’ve ever thought about doing in my life and god help me, I can’t control it, nor do I want to.

I’ve been in the desert a little over a month now, lucky enough to have been given the same orders as that same fellow Captain who encouraged me all those months ago to press forward and prove to myself and everyone else that I could live my dream and become who I wanted to be.

Captain Beau Harris and I have been flirting, eye-fucking each other since we first re-connected in this shit-hole country.  Both of us pissing the time away while we wait for our Commander to arrive so he can deal out our orders.  I crave the day we get to go behind enemy lines and destroy a substantial military target.  It’s a mission that should have been started weeks ago.  The higher ups have been tight-lipped and they’ve been pissing me the fuck off.

Hence, the reason I need sex.  I’m not a slut; in fact, I’m far from it.  But hell, after training and now waiting for someone who should’ve already been here, I’m sexually frustrated.  My pussy needs attention.  It needs to be pounded, fucked, and filled with a great cock before I lose my mind.

So that brings me to core number seven… Selfless Service.  That’s the one I’ve mastered.  Everything I do is for my country or for my subordinates.  I don’t do anything for me, it’s just not allowed.  Well, tonight I’m feeling selfish.

I’m Captain Jade Elliott of The United States Army and I’m about to break every single one of the seven cores I pledged. 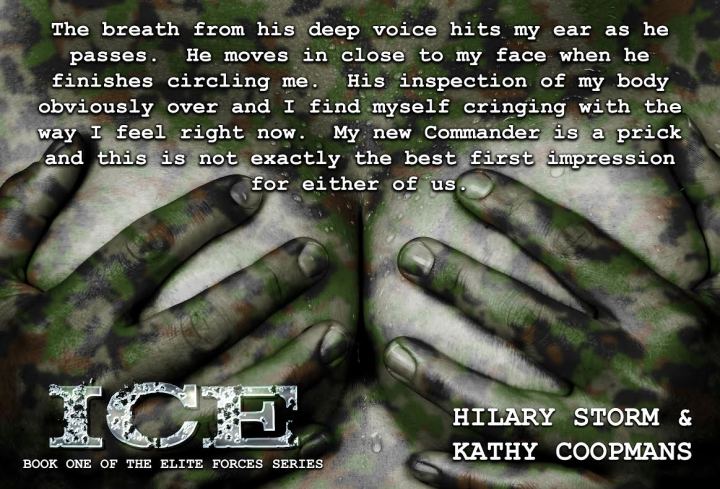 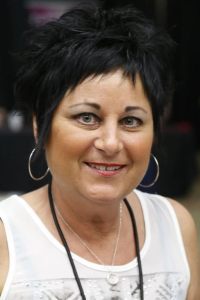 Amazon Best Selling Author Kathy Coopmans, lives in Michigan with her husband Tony where they have two grown sons.

After raising her children she decided to publish her first book and retiring from being a hairstylist.

She’s a huge sports fan with her favorite being Football and Tennis.

She’s a giver and will do anything she can to help another person succeed!

Hilary Storm lives with her high school sweetheart and three children in Oklahoma. She drives her husband crazy talking about book characters everyday like they are real people. She graduated from Southwestern Oklahoma State University with an MBA in Accounting. Her passions include being a mom, writing, reading, photography, music, mocha coffee, and spending time with friends and family. She is the international best-selling author of the Rebel Walking Series, Bryant Brothers Series, Inked Brothers Series, and Six.