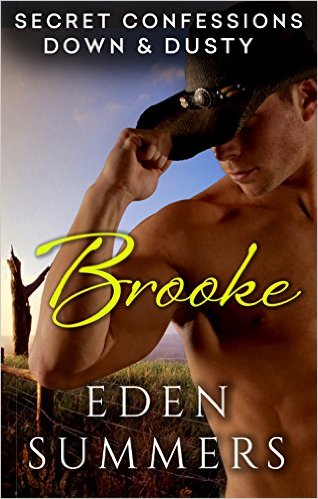 GET YOUR COPY TODAY

Welcome to the heart—and heat—of

They say that no one has secrets

in a small town—these women prove them wrong.

Eight brand-new stories from some

world, these tales travel the dusty roads to the heart of Australia and the

women who understand how to work hard—and play even harder.

In the latest in the wildly

women of Down & Dusty invite

you into their lives—and their bedrooms.

define over-protective, and while Brooke appreciates their concern, their

efforts have left her climbing the walls in sexual frustration. But no man in

town is willing to risk their ire, and all Brooke wants is one guy who thinks

she is worth the effort. One guy who will stand up for himself—and for

her—against her overbearing, old-fashioned family, and whisk her away to sexual

and emotional fulfilment. The only issue is that the one guy who looks like he

Eden Summers is a true blue

and a quick witted husband.

In late 2010, Eden’s romance obsession could no longer be sated by reading

alone, so she decided to give voice to the sexy men and sassy women in her

serves retribution with a feminine smile on her face.

get to find out what is happening next with Eden?