Add to Goodreads
Synopsis
In
Vegas, a lot can happen in twenty-four hours.What do you get when you mix a rock band as hot
as Reckless Beat, women strong enough to capture several of the bad boys’
hearts, and a bet that sparks a competitive streak?

Boundaries will be pushed, alcohol will be
abused, and loads of sarcasm will be shared.

Once the games are over, it’s time to make a
commitment. But love in the limelight is never easy. The past is trying to
catch up with the present, and the pressure may be too hard to handle.

Seduction, torment, laughter, and
heartbreak—one reckless weekend will test each member of the band and the women
who’ve claimed their love.

***Can be read as a stand alone

What is being said about Reckless Weekend
“I laughed and cried and then laughed while I was
crying.” 5 stars – Group Review from the ladies of Riverina
Romantics. “The story was perfect, the lists of dares
were hilarious, the drama was fun to watch unfold, the sexy time was off the
charts, and every single scene made me feel as if I was in the room with these
characters”. 5 stars – Love, Words & Books.

In late 2010, Eden’s romance obsession could no longer be sated by reading
alone, so she decided to give voice to the sexy men and sassy women in her
mind.

Eden can’t resist alpha dominance, dark features and sarcasm in her fictional
heroes and loves a strong heroine who knows when to bite her tongue but also
serves retribution with a feminine smile on her face. 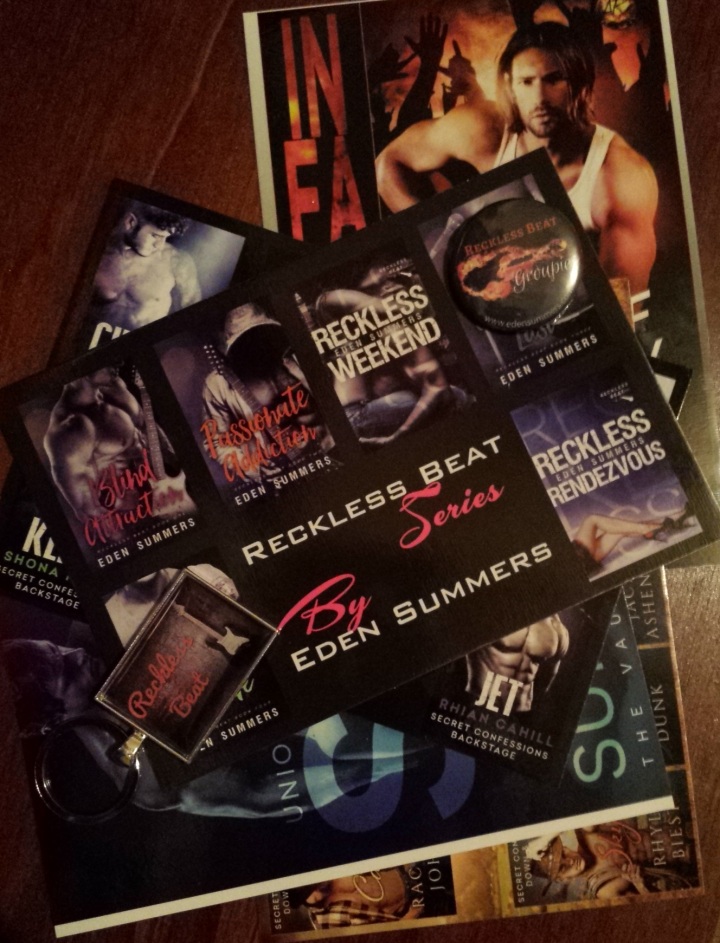 FOR YOUR CHANCE TO WIN THIS
EXCLUSIVE PRIZE PACKAGE
>>>ENTER HERE<<<