Harper Jameson, had built the necessary walls to keep her heart safe. Never again would she allow herself to be weak and vulnerable.
Confident and full of attitude.
A mask she wore that many fell for.
Except Easton Black.
He was equally confident, cocky and knew what he wanted.
Determined.
Things he wanted rarely escaped his grasp. He was immune to the façade Harper had created.
She was intriguing.
It was inevitable and Harper could sense that there was no way out. Easton Black would no doubt be the man who could change everything.
People aren’t always as strong as they appear to be on the outside…

The moment I knocked on her door, I think my heart jumped in to my throat. A deep vicious bark had my nerves on high alert. The bark didn’t sound like any dog I had ever been around. I know she had one, I remember the day she brought it by Jett’s place to show him, the day she picked him up. But that bark, the one that was still flowing out from behind her door, I had to admit had me a little worried.
I wasn’t an animal guy. I had never had one and had no desire to change that.
When the door came open and I looked down to see a head the size of a car looking back at me, I swallowed hard. Okay so maybe the size of a car was an exaggeration but in panic mode everyone tends to do that.
“That is not a dog,” I stated. “That’s is a tank.”
Harper laughed. “No actually this is Brutus, and I promise you he isn’t just a dog.”
I looked up at her, cocking my eyebrow.
“He is my best friend, my cuddle buddy and the protector.” She explained as she rubbed his head in a motherly way. “He may be big.”
“He’s fucking huge,” I corrected.
“Okay he may be huge, but he is the sweetest dog you’ll ever meet. Don’t let him fool ya, he’s a big baby.” I still wasn’t convince. The idea of a dog being almost as big as most motorcycles, had me convinced that I should wait in the car.
“Will you stop being such a pussy,” Harper stated as she placed her hand on her hip. “He won’t hurt you. In fact he is scared of his own shadow on a good day.”
She opened the door and I took a step inside, still leery of the dog that could stand on his hind legs and be taller than me. She led me toward the couch and directed me to have a seat.
“I just need five minutes.” She rushed off before I could say another word.
I was tense and afraid to move, Brutus, watched me from the left end of the couch. I continued to stare straight ahead, thinking if I avoided eye contact, maybe he would walk away.
My actions had the opposite effect. I felt his head nudge my knee and I stiffened, this shit was messed up. Dogs were supposed to be small and cute. Never should a dog be larger than their owner…never.
I strong nudge against my leg once more, made me sweat a little. Then Brutus went one step further and placed his paw on my thigh, laying his head next to it, letting out a loud, humph.
“Hey there big guy,” my voice vibrated with tension. Harper was right, what the fuck. I was acting like a damn pussy.
I lifted my hand and began petting the top of Brutus’s head. “You’re not that scary are ya?” It was definitely more of a question than a reassuring statement. I still wasn’t completely convinced that he wasn’t going to eat me before Harper finished getting ready.
“Okay, this isn’t so bad is it?”
I let out a breath I had been holding since Harper left me alone with the grizzly. His big puppy dog eyes looking up at me as they sagged in awe. Apparently he liked it when you scratched behind his ears.
So for the next, what felt like ten minutes, I continued to pet him in the place he enjoyed the most. Yes I still silently prayed that I made it out of here with all my limbs in tacked but I may have been able to relaxed, just a little.

I enjoy happy endings in my love stories. Loving those scenes that give it the needed angst and heat to keep you hooked and wanting more. Just enough drama to make her heart race and your stomach flutter. I haven’t always been a lover of Romance and had once been addicted to a good Mystery. Just recently I have taken on a new liking and now I am addicted to Romance Novel.
I am a Limitless Publishing Author and love sharing my stories with my great fans. Feedback is great and I really enjoy interacting with my readers.
I live in Illinois and enjoy spending time with my husband and two children.
You will always find me with my kindle or paperback in hand as it is my favorite pass time.
And I never leave home without a small notebook. You never know when an idea for a new story will strike. 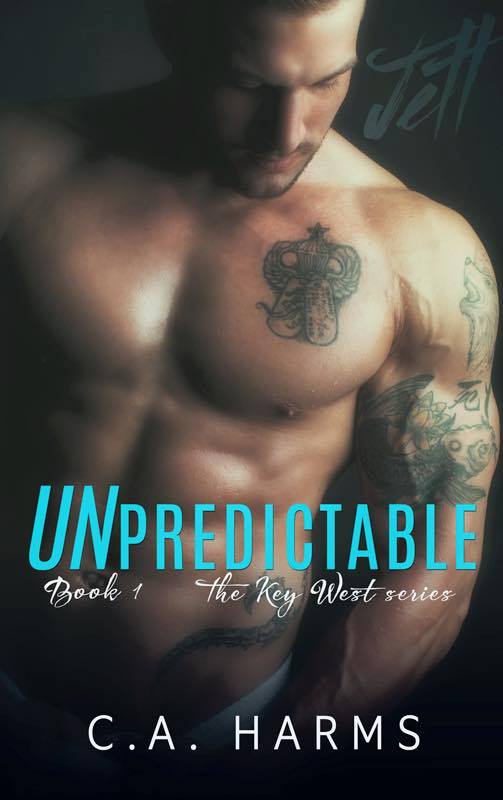