Breaking up is hard to do.

Three years after her life changed forever, Gabriella Latham finally has it all. Killer job [if working for her boyfriend counts]. Killer closet [even if she doesn’t technically own any of it]. Killer boyfriend [who refuses to let her leave him, even when she tries]. Unfortunately for her, the last part isn’t hyperbole. She just doesn’t know it yet.

Adrian Morningstar was a dream come true. No one had ever loved her more, and for the first time, in longer than she could remember, she was no longer alone. He was the Prince Charming to her Cinderella, until suddenly he became the Beast from whom she could not escape.

When Rafe Matthews is hired to oversee the guest home construction of one of the most powerful businessmen in the country, he finally has his in. Nothing will get in the way of what he sets out to do.

Watching from the shadows, he’s drawn to the beautiful, isolated woman of the house. His curiosity is piqued and he has to have her. She may be taken by the boss, but that’s not enough to stop him. Or her.

It leads to a game of cat and mouse. But who is the true predator? And who is the prey?

Nothing is quite as it seems. 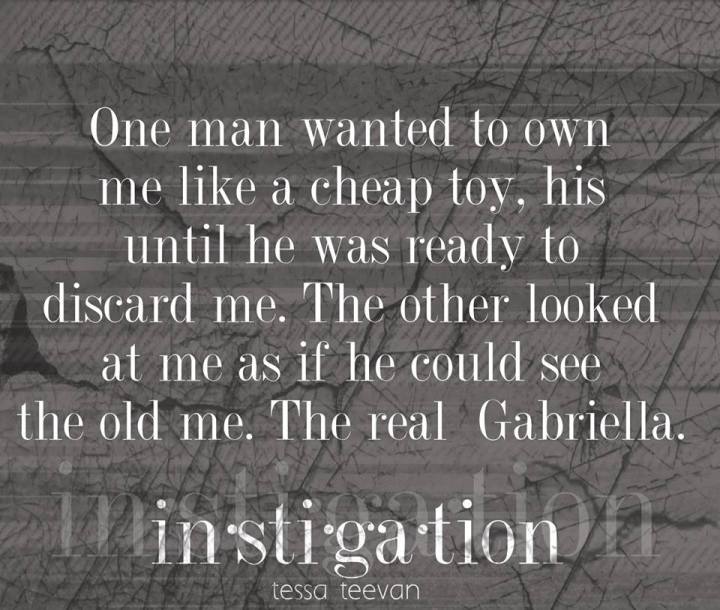 “You know too much as it is. It’s too late. God, I’m so fucking sorry for this. Sometimes I wish I’d never laid eyes on you that day. That I’d just kept going. And yet, no matter what happens, I’ll cherish the memories we had for the rest of my life. I couldn’t live without them, as selfish as that sounds. But then again, I think you’ve found I’m a selfish man.”

I’m a twenty something book junkie who is also obsessed with sports. Bengals, Buckeyes, Reds are my teams! I work for the government during the day, hang out with Air National Guard on the weekends, and have been married to my own book boyfriend for over seven years. We currently live right outside of Dayton, OH with our two cats.

If I’m not writing or looking through tons of photos of hot men, all in the name of research, then you can probably find me curled up with my Kindle, ignoring the rest of the world. I love my sports almost as much as I love my books. My other obsessions include red wine, hot men, country music, and all things Grace Potter.

Connect with the Author